The huge literary impact of Tolstoy owes much to the meticulous attention he pays to all of his characters. No coachman, maid, cook, nor peasant is too small for him not to stop to give us some form of outline of who they are, their desires, resentments or dreams, in short, their overall humanity. Tolstoy builds his novels with the evolution of the characters, not on their vicissitudes.

To do this he scrutinises seemingly banal reactions and discovers in them signs of the changes that have occurred in the characters’ ideas and feelings. In an unforgettable scene, although somewhat farcical, Anna Karenina, who has been flirting with the handsome Vronski on the train and is falling in love with him, sees her husband upon alighting, and what does she see and think?

…the first person who attracted her attention was her husband. “Oh, my God! Why do his ears stick out like that?

For the first time, she notices this silly ugly physical feature in her husband: the sticking-out ears propping up the brim of his round hat. She will later discover ugly moral features and use all these deformities as her excuse to throw herself into adultery, or true love, depending on how you wish to see it.

Tolstoy’s astute narrative makes the most of this discovery, and many pages afterwards it is Anna herself who suffers from a similar judgement. Stern symmetry. Her lover also changes:

[Vronsky] could not at once recall what he had been going to say. These fits of jealousy, which of late had been more and more frequent with her, horrified him, and however much he tried to disguise the fact, made him feel cold to her…

Vronski’s ardor dies out just as Anna’s did before that with her husband; we know this from the disenchanted perception the seducer now has of his lover:

She was utterly unlike what she had been when he first saw her. Both morally and physically she had changed for the worse. She had broadened out all over […] He looked at her as a man looks at a faded flower he has gathered, with difficulty recognizing in it the beauty for which he picked and ruined it.

Anna puts on weight and Vronski’s passion fades. In a moment of great intensity, Anna confronts her husband. The way in which Tolstoy recounts the scene is absolutely masterful:

“No, you are not mistaken,” she replied, with measured words, casting a look of despair on her husband’s icy face. “You are not mistaken; I was in despair, and I could not help being. I hear you, but I am thinking only of him. I love him, I am his mistress. I cannot endure you, I fear you, I hate you! … Do with me what you please.

Like no other, Tolstoy illustrates the cruelty hidden in trifling day-to-day gestures. In The Cossacks, the young Olenin, in love with Marianka, has to leave the village. With sadness and believing it to be an important moment, he bids her farewell. They say goodbye, but shortly afterwards:

Olenin turned round. Daddy Eroshka was talking to Maryanka, evidently about his own affairs, and neither the old man nor the girl looked at Olenin.

It has taken only seconds to forget him. Life carries on without poor Olenin!

Tolstoy has always taken us to those terrible moments with a perturbing naturalness and with a narrative skill that makes him a firm candidate to be the best novelist in the history of literature. 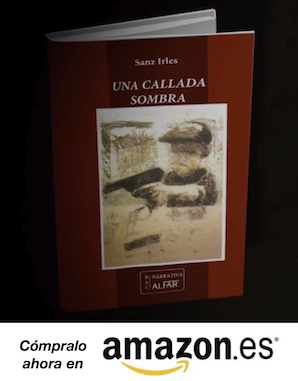